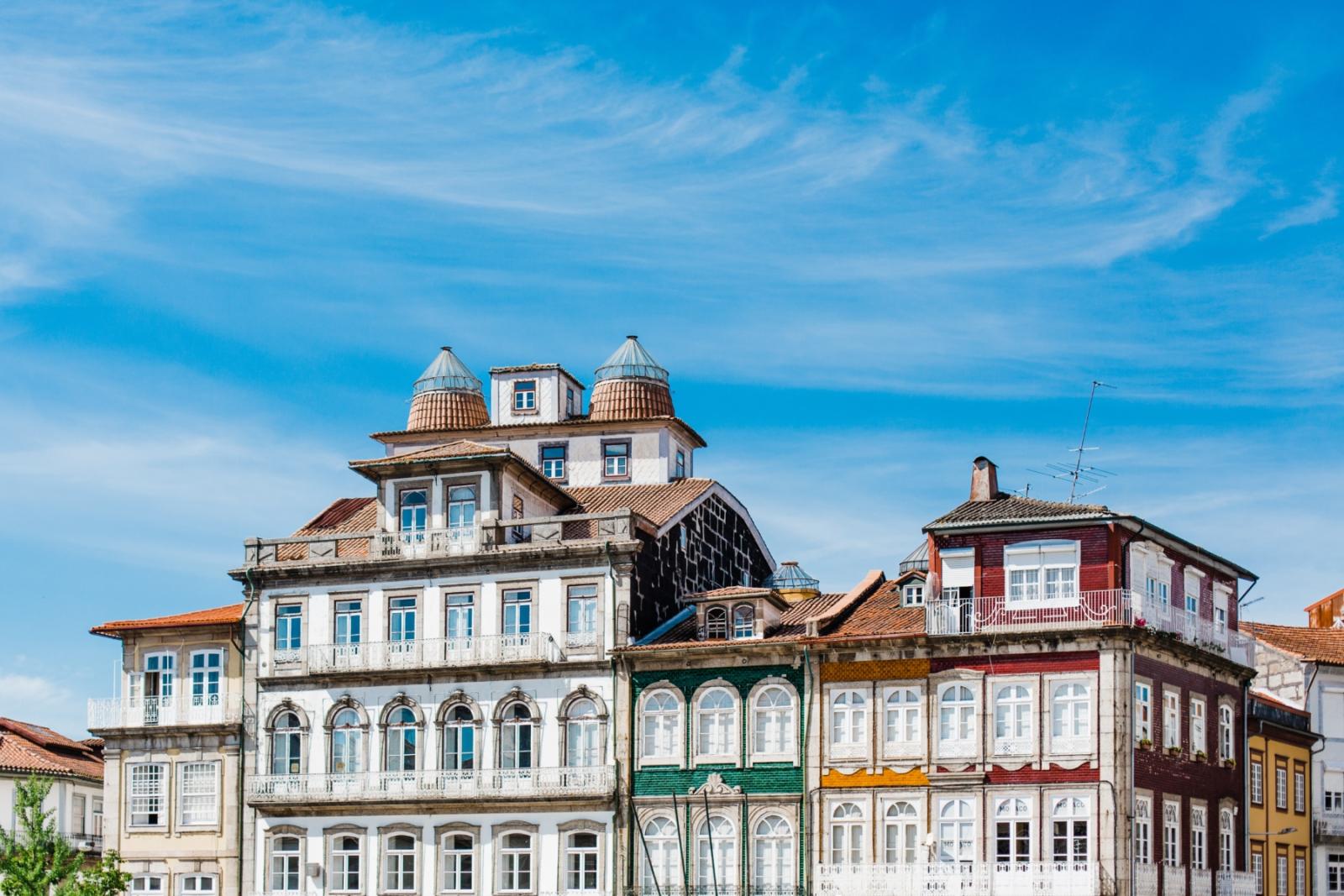 The Private Braga and Guimarães Tour unfolds between these two cities, passing through many other emblematic places. On this tour will discover more of the region of Minho by visiting the most iconic landmarks between the two cities.
You will have the opportunity to discover Braga, the Archbishops’ city, formerly known as Bracara Augusta, oldest city in Portugal that played a key role in the development of the Roman occupation in the region. Considered a very religious city and its history blends with the Catholic identity.
Afterwards, lose yourself in the streets of the Cinquecentist Guimarães’ centre, a UNESCO World Heritage Site. Also, get to know the Castle of Guimarães, considered ‘The First of Portugal’, in which rests the very foundation of the Portuguese nationality, and the 18th century Ducal Palace classified as a National Monument.
Explore the origins of Portugal through this amazing Braga and Guimarães tour!

Lose yourself in the streets, the colours and history of the this city. If you are ever in Portugal between June 23rd and June 26th, come see Guimarães through the “Feira Afonsina”. It is recreation fair of medieval times throughout the historic center, an unforgettable experience.

It is one of the most significant examples of Gothic architecture in the north of the country. In front of the church we find the Salado Monument, also in gothic style. It commemorates the Battle of Salado, which took place in 1340 against the Moors in southern Spain. Both have been classified as a National Monument since 1910.

One of the most central and important squares of Guimarães, considered to be the heart of the city. In the 17th century it started as a square by the main gate of the town and a place to sell bulls and other goods.

HERE PORTUGAL WAS BORN! The castle is recognised by many as the castle that, by excellence, is linked to the origins of Portugal. Considered ‘The First of Portugal’, in which rests the very foundation of the Portuguese nationality. Since 1908, it has been classified as a National Monument, and, since 2007, informally as one of the Seven Wonders of Portugal.

This 18th century Palace is located in the historical center of Guimarães and is classified as a National Monument. Since the 15th century, it was once an imposing manor residence of the Dukes of Bragança, later used as military barracks. And today, as the Museum and Official Residence of the President of the Republic. Here you can observe a collection of art objects, mainly from the 17th and 18th centuries.

It’s the oldest city in Portugal and it played a very important role in the development of the Roman occupation in the region. You can relive the times of Bracara Augusta through the “Braga Romana” event, which usually takes place in late May. It is a recreation fair of historical events of the Roman era through the center of the city of Braga.

Also known as Sé of Braga, it is considered a center of episcopal radiance and one of the most important Romanesque temples in the country. It’s one of the country’s oldest church, and its 1st Mass dates back to the XI century. Here you find the tombs of Henry of Burgundy, Count of Portucale and his wife, Teresa of León, parents of Afonso Henriques, the first king of Portugal. It has been classified as a National Monument since 1910.

Next to the medieval wing of the Paço Episcopal Bracarense, we find this fairytale municipal public garden. In its center is a seventeenth-century fountain, which originally belonged to the former Convent of Remédios, topped by a statue of Santa Bárbara, which gives the garden its name. Since July 9, 2018, it has been classified as a Cultural Asset of Municipal Interest.

A true jewel of the Portuguese Baroque architecture. It is a Catholic sanctuary consisting of an architectural and landscape set. A church elevated to a basilica in 2015, that the architect Carlos Amarante designed, and the then Archbishop of Braga, D. Gaspar de Bragança commissioned. A staircase divided into three loops: The Portico Steps, the Five Senses Steps, and the Three Virtues Steps. Together they overcome an unevenness of 116 meters.The stunning Bom Jesus Park with several gardens and artificial lakes. And, the Bom Jesus Elevator, inaugurated in 1882, which connects the upper part of Braga to the Sanctuary. It is currently the oldest in the world to use the water counterweight system. UNESCO has classified the Sanctuary as a National Monument and declared it a World Heritage Site as of 2019.

Founded in the 11th century, it includes the Church of Tibães and the Tibães Cross. It’s classified as Property of Public Interest since 1944. Given its importance in the Portuguese Empire, it once held the largest and most valuable collection in the region. Currently, it preserves only a fragment of this estate. You can also appreciate the area surrounding the Monastery: its architecture, the ruins of previous buildings, the woods, the gardens, and various agricultural fields such as vegetable gardens, orchards, and corn fields.

Sanctuary of Our Lady of Sameiro

A temple, completed in the twentieth century and considered one of the centers of greater Marian devotion in Portugal. Inside, the main altar in polished white granite and the silver tabernacle stand out. In front, there are two tall pillars, topped with the image of the Virgin Mary and the Sacred Heart of Jesus, as well as a vast staircase.

From any point of Guimarães it is possible to see the Serra da Penha. A fantastic place, where you can be in contact with nature and find magnificent landscapes, viewpoints, caves, chapels and the Sanctuary of Nossa Senhora do Carmo da Penha.

Not far from the center, we find this Iron Age archaeological site, situated on top of the São Romão hill. These are ruins of ancient Roman or pre-Roman settlements with general characteristics of the Castro culture in the northwest of the Iberian Peninsula. It is also classified as a National Monument since 1910.

Get to know Braga & Guimarães 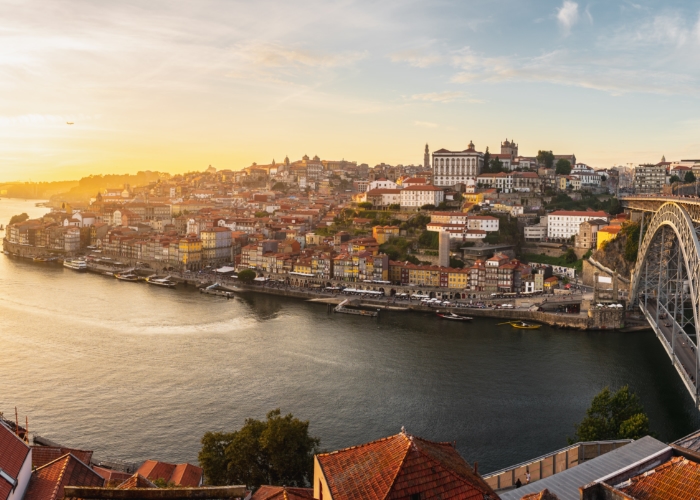 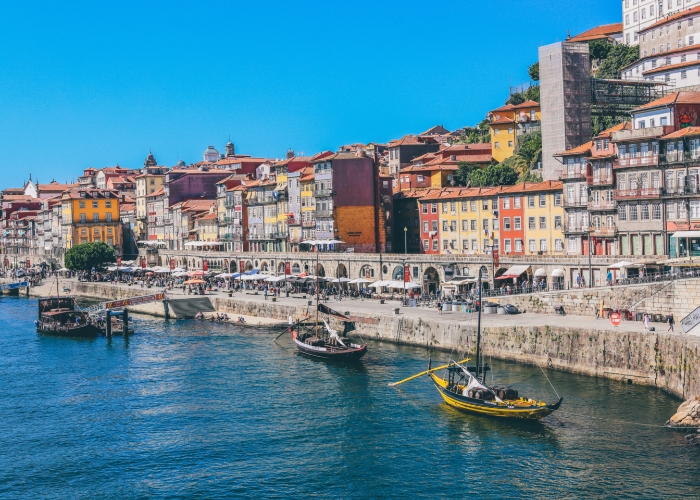 Experience the history and immense charm of Oporto.