4 Portuguese Destinations to visit in 2017

Portugal has never had as many tourists as in 2016. This year, the number of visitors is expected to increase further. Get to know 4 destinations in Portugal that you have to visit in 2017.

This year is we will celebrate the Centenary of the Apparitions of Fátima. Pope Francisco will visit Portugal on May 12th and 13th for the first time and 8 million visitors are expected.

Located in the north of Lisbon, Fátima is considered one of the largest centers of Catholic pilgrimage in the world, which attracts an average of 6 million people annually, either to pay a promise or out of curiosity. The sanctuary, which began with a small chapel where in 1917 Lúcia, Jacinta and Francisco first saw Fátima, now occupy an area twice as large as St. Peter’s Square in the Vatican.

In addition to the obligatory visit to the Basilica of Fátima, the Basilica of the Holy Trinity and Chapel of the Apparitions, you can not miss the Wax Museum which presents the real history of Fátima from the annunciation of the angel to the three shepherds until the arrival of Pope John Paul II; The Museum of Christ, which is the only one in the world that represents, through wax figures, the life of Christ; And the houses where the shepherds Lúcia, Jacinta and Francisco lived which is approximately 3 km from the Sanctuary of Fátima, located at Rua dos Pastorinhos, Vila Aljustrel. 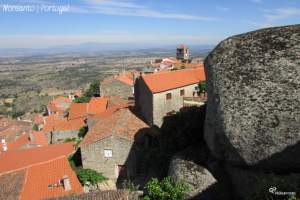 In 1938, this region was considered the “most Portuguese village in Portugal”. Monsanto is now a small fortified village, whose visit should start from the bastion, which opens in multiple options: the most important will be a climb to the imposing and symbolic castle, located at the top of the hill and with fabulous views of the plains and mountains of ‘Serra da Estrela’. The true ex libris of this small town is the use of granite in buildings, which ensures an unbelievable uniformity between the natural environment and the elements built by man. The most striking expression of this uniformity are the caves and cliffs that have been integrally converted into quaint built structures.

Guimarães is another treasure of our country. Classified as a World Cultural Heritage of Humanity by UNESCO, Guimarães is a picturesque town, full of winding alleys and old houses, leading to its main square, Largo da Oliveira, and to the old Ducal Palace. Every year, in the first week of August, the Gualterianas Festivities (celebrated since 1452), in medieval style, are celebrated with a handicraft market, art fair and a lively parade of old costumes. 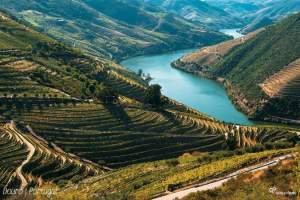 Douro River. Landscape. Wines. Gastronomy. Culture and Leisure. These are some of the reasons to visit Douro and explore magnificent breathtaking landscapes. The Douro region lies in a valley of mountains cut by a river (the Douro River), and the vineyards spread not only on the horizon but also on several vertical levels (as if they were several steps). In addition, the soil of the Douro is an “anthroposol”, that is, made by man, since most are composed of shale, a type of rock that has to be crushed to become fertile. This region is classified as a World Heritage by UNESCO and is easily called ‘enchanted valley’. 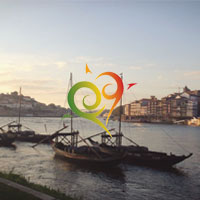 3 Advantages Of Getting Married In Portugal

The mild climate, 3000 hours of sunshine a year and splendid beaches are some of the advantages for getting married in Portugal.